On behalf of Bihari Mahasabha, arrangements have been made for Kharna Prasad on Sahastradhara Road, all the members of the assembly will receive Kharna Prasad there. Today is the second important day of Chhath Puja. It is said that in order to have a son, the people observe a fast of Kharna and take its offerings with great faith. This is the second day of the Chhath Puja program of Bihari Mahasabha, even today all the workers are engaged in arranging seven decorations and cleaning lights at the ghats.

Today, the President of the Bihari Mahasabha, the Secretary, Treasurer and other members of the executive committee submitted a letter to the District Magistrate, Dehradun, demanding the arrangement of doctors, arrangements for security arrangements in the Tapkeshwar Mahadev temple, Chandramani temple, and especially in the Chhath program under the Prem Nagar bridge. The office bearers have also met SSP Dehradun and expected administrative support. has done.

The Ghat of Chhath Puja is lit with lights

In the Chhath festival organized by the Bihari Mahasabha, it is being celebrated mainly in Chandramani / Tapkeshwar Mahadev Temple / Bramhapuri Khala / Prem Nagar and Sahastradhara. Light arrangements have been made in all its ghats. The local people of Uttarakhand are also coming to see the lighting arrangements and the preparations going on there.

Getting full cooperation of officials

Many VIPs will come to Tapkeshwar Ghat

The Secretary of the Mahasabha told that many cabinet ministers of Uttarakhand government and many senior officers of Purvanchal origin will be present at Tapkeshwar Ghat, who will give half to Chhath Mata and will participate in Chhath Puja with religious spirit, besides many departmental officers who are local residents of Uttarakhand. This time he was also present in the program.

The faith of people is being seen across the country in Chhath Puja, now people from Garhwal and Kumaon Jaunsar Babar have started joining this worship at the local level. Chhath Mata has completed, the people of that family are now slowly joining the Chhath program, seeing the importance of Chhath, Garhwal, Kumaon, Jaunsar Bawar, people from everywhere have started joining Chhath Mahavrat. Today is the second day of Chhath Puja and it is known as Kharna. On this day, the fasting prepare special prasad at home and worship Chhath Maiya by staying fast for the whole day and pray for the successful completion of the fast.

Special prasad is prepared for Chhath Maiya in Kharna. Earlier, along with bathing and eating on Shukla Paksha Chaturthi date of Kartik month, Chhath Mahaparva duly started on 28 October. The day of Kharna has great importance in Chhath festival. At the time of Kharna, the devotees wear new clothes and consume kheer made of jaggery and rice, with which the Nirjala fast begins, which is about 36 hours. Its offerings have special significance, which is mandatory for everyone to consume. After Kharna on Saturday, Arghya will be offered to the setting sun on Sunday and to the rising sun on Monday.

There is a tradition of eating pumpkin vegetable

The Vratis begin the day by eating pumpkin curry and rice, which will end with Arghya to the rising sun on Monday, i.e. Shashthi Tithi. On the day of bathing, along with fasting, the rest of the family members also eat pumpkin vegetables. There are some people in villages who do not have Chhath festival. It is customary to give pumpkin vegetable from such people who have Chhath here. There is also a tradition of eating gram dal with pumpkin in many places.

This is how we prepare Prasad for Chhath Maiya

Preparations for making Chhath Prasad are started from the day of bathing. However, the cleaning of wheat and rice for Prasad is done in advance. But, the preparation for washing it, drying it, grinding it and then making prasad from it starts from this day itself. Along with the fast, the members of the house prepare it together. The stove and utensils are completely different for making Chhath Prasad. Not only this, it is forbidden to eat garlic, onion etc. for anyone who helps in making the prasad. There are also some people who buy goods such as baskets, fruits, vegetables from the market for Chhath on the day of bathing.

This is how Prasad is prepared for Kharna

The second day of Chhath festival is known as Kharna or Lohanda. On the fifth day of Kartik month, the fasting is observed for the whole day. Do not take even a drop of water before sunset. This prasad is made only by fasting which is specially made on the new stove itself. Even on the day of Kharna, which falls on the second day of Nahay-Khay, the Vratis keep fast for the whole day and eat only once in the evening. In the evening, devotees worship Lord Surya and offer prasad. Rasiyav-kheer made of rice, jaggery and sugarcane juice is eaten in the evening. Salt and sugar are not used in food. Special care has to be taken that food should be taken while staying in solitude. After receiving the prasad, the fasting gives the prasad of ‘Rasiyav Roti’ to all his family members. Rice pitha and ghee-laden roti are also given in the prasad. After this, the fasting fast for the next 36 hours observes Nirjala fast. At midnight, Vratis make special prasad Thekua for Chhath Puja. 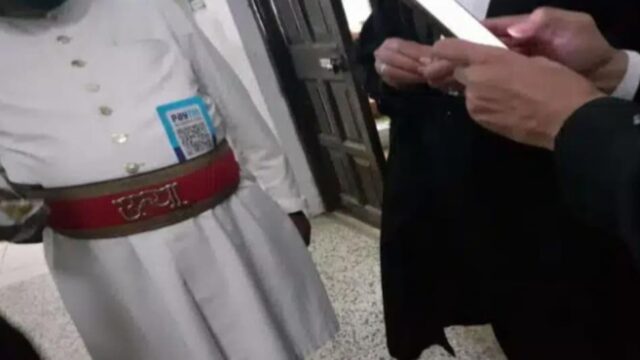