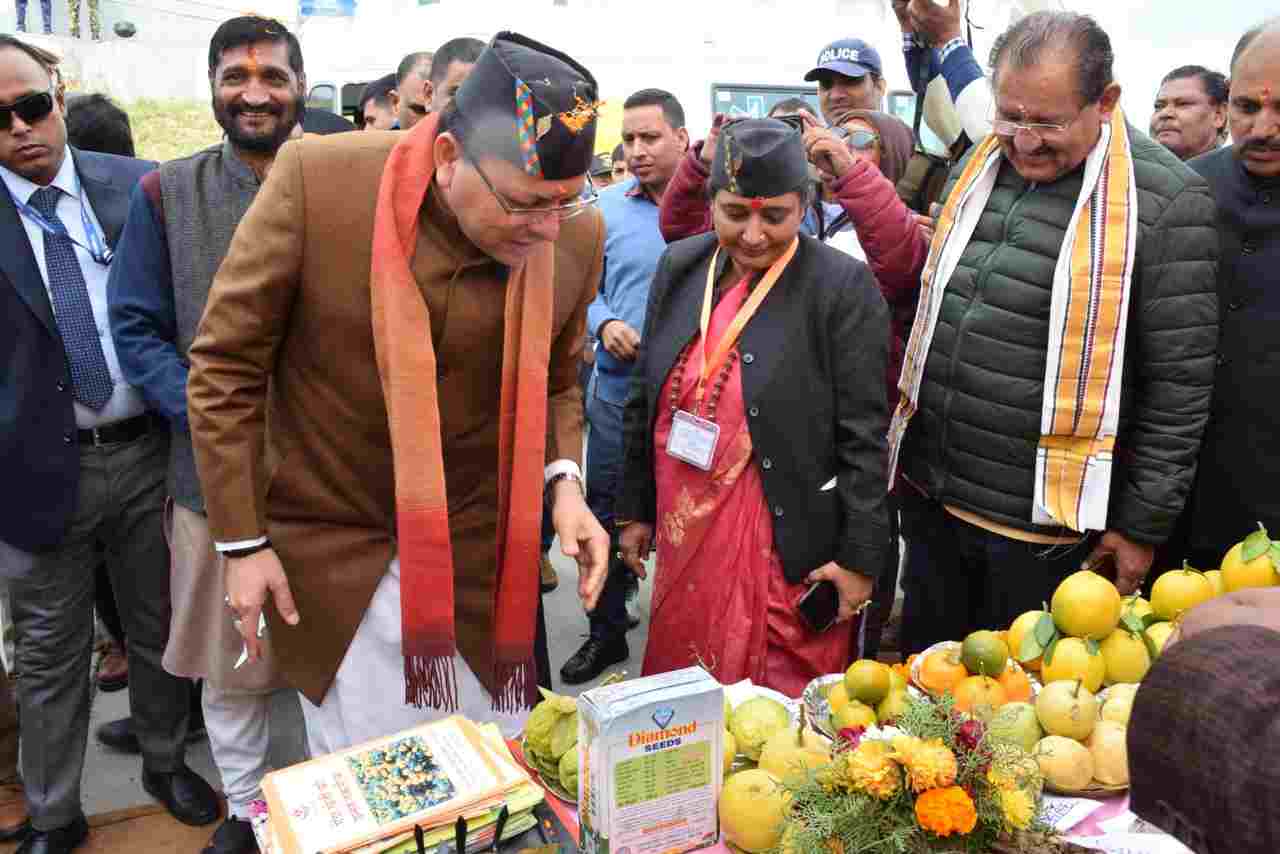 Chief Minister Pushkar Singh Dhami and Speaker Ritu Khanduri Bhushan paid homage to the martyred state agitators at the state’s summer capital Bharadisain on the occasion of State Foundation Day at the Vidhansabha Complex Bharadisain. On this occasion, the Chief Minister inaugurated 28 schemes worth about Rs 11736 lakh and laid the foundation stone of 22 schemes worth Rs 4948 lakh. The Chief Minister announced the construction of a motorway from taxi stand Gairsain to Garhwal Mandal Vikas Nigam via the stadium via interlocking tiles, two lakh for tourism development fair Mehalchauri and two lakh for agriculture garden and tourism development fair Gairsain. Of. During this, the “Development Booklet” of the district published by the District Information Office, Chamoli was also released.

Chief Minister Pushkar Singh Dhami said that Prime Minister Narendra Modi ji has a special attachment to Uttarakhand. Today our state is touching various dimensions of development under his guidance. Today, development works are being seen everywhere in Uttarakhand. According to the vision of the Prime Minister, work is being done to connect the remote areas of Uttarakhand with the main stream of development. The Chief Minister said that the State Government is making continuous efforts to promote local products and industries. Appreciating the products of our state, Prime Minister Narendra Modi on October 21, 2022, in Mana, the first village of the country, appealed to the countrymen to spend at least 5 percent of the amount they spend in their travels on purchasing local products. Do it. This will definitely benefit our state. The CM said that according to the current recruitment calendar, the recruitment process for 7 thousand posts is in progress. Soon the recruitment process will be started on 19 thousand posts also.

Vidhan Sabha Speaker Smt. Ritu Khanduri Bhushan said that Uttarakhand has achieved many milestones in the journey of 22 years. He said that since the formation of the state, Uttarakhand is firmly moving ahead on the path of development. This is the result of the determination of the people of Uttarakhand, soon our state will set new stages of development. He said that we have to live and work for the state, with the spirit that even small efforts can bring big results. He said that every person can contribute to the progress of the state even while doing his day-to-day work with integrity and honesty.

During this, the Speaker also announced to give 5 thousand rupees as incentive from the Speaker’s discretionary fund to all the women’s groups present in the program. He said that with the implementation of effective schemes to check migration in the state, new employment opportunities would be created for the youth. He said that the state has immense potential for tourism and industries, which are proving to be a milestone in the development of the state.