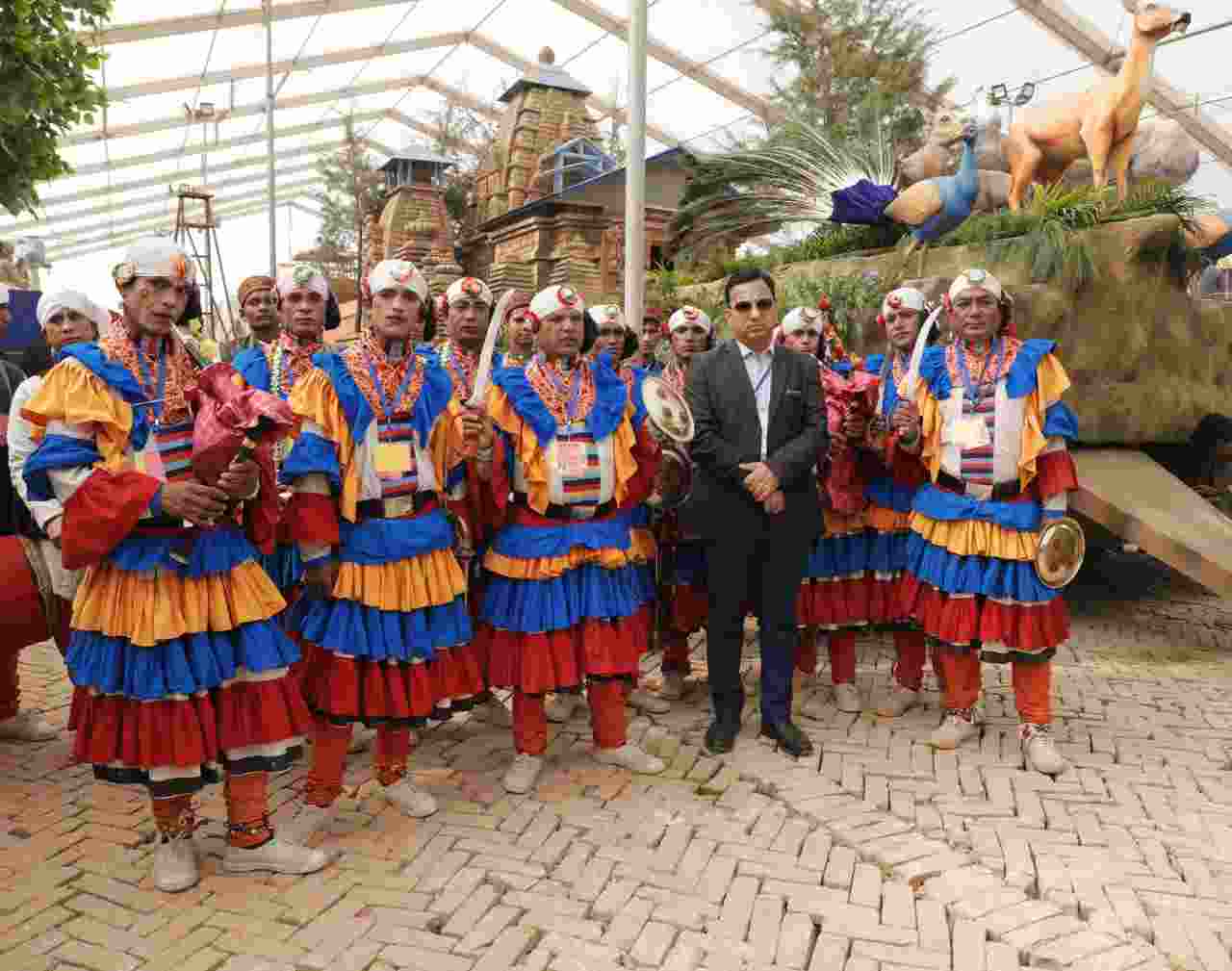 In the press conference organized by the Ministry of Defense at the National Theater Camp, New Delhi, tableaux artists of different states and ministries presented cultural glimpses of their respective states in front of the press. An attractive cultural program was presented by the artists of Uttarakhand state in the traditional costumes of Uttarakhand at the National Theater which was appreciated by the people present. Along with this, artists from these 16 states also presented tableaux of their respective states in traditional costumes. Tableaux of 17 states have been included in the Republic Day celebrations this year.

Chouhan said that this time Uttarakhand’s tableau “Manskhand” will be the center of attraction for everyone on the path of duty. He informed that on the lines of Kedarnath and Badrinath, work is being done on the Manaskhand Mandir Mala Mission scheme for mythological temples of Kumaon on the instructions of Chief Minister Pushkar Singh Dhami. On Republic Day, a tableau based on Manaskhand will be displayed on the duty path. People of the country and abroad will be familiar with the folk culture of Uttarakhand along with Manskhand. Chouhan said that in Uttarakhand, the spiritual land where life-giving rivers Ganga and Yamuna flow on one side and Char-Dham holy pilgrimage centers exist on the other side. Uttarakhand is a favorable land for spiritual peace and yoga. That’s why Uttarakhand is also called Devbhoomi.

The tableau of Uttarakhand state is being prepared by Siddheshwar Kanuga, director of Smart Graph Art Advertising Pvt. Along with this, a cultural program will also be presented by the folk artists of Uttarakhand on the occasion of Republic Day.

Law Minister rejected the warning of the Supreme Court, Kiren Rijiju said – no one can give warning to anyone, the people are the owners of the country

The Kartavya Path lit up with laser, light show, these people including President, PM participated