Balram, a resident of Ranthi village of Munsiyari tehsil, died in the month of June. Balram used to take care of the children by doing daily wages. The death of Balaram, the only member of the household, left his wife Vimala Devi the problem of raising himself and their two small children. After the death of her husband, she is working hard to support her children and herself.

When bank manager Varun Gupta checked Balram’s account, it was found that he had got Prime Minister Jeevan Jyoti insurance. Telling this to Vimala Devi, the manager got her filled in the form in his office itself and recorded the insurance amount. On Thursday, Vimala Devi got emotional after receiving a check for the approved insurance amount of Rs 2 lakh.

Got emotional after receiving the check, expressed gratitude

Many people are not aware of the scheme, should be publicity

Former village head organization president Devendra Singh said that most of the people are not even aware of this scheme yet. He has demanded its publicity, dissemination in rural areas.

Uttarakhand / Haldwani : A youth resident of Vanbhulpura died due to collision with an unknown vehicle, there was chaos in the family

Maharashtra / Nasik : Parents threw their own newborn baby girl in the garbage! Then the dogs scratched, CCTV footage in the hands of the police 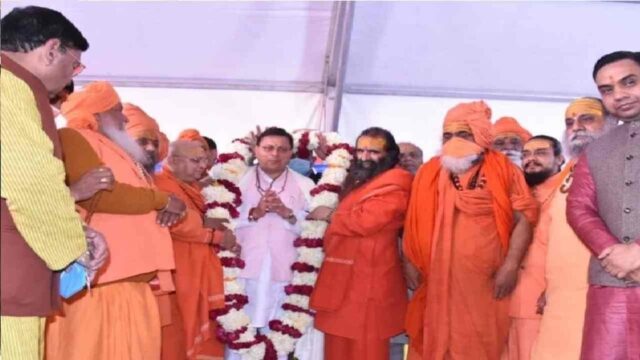