India’s hopes in the upcoming BWF World Tour Finals have been dealt a severe blow. Actually Indian badminton star PV Sindhu has decided not to play in this tournament. Two-time Olympic medalist Sindhu informed the Badminton Association of India (BAI) on Sunday. He informed BAI about his non-play through a letter. He has cited his injury behind this.

Sindhu said that “I may have started training but I think I have not fully recovered. I do not want to rush things. Yes, I hope that I will be match fit soon.” And I will come back strong in mind and body for the next Olympics in Paris as my ultimate goal is to win gold.”

Why is it a setback for India?
Sindhu not playing for the BWF World Tour Finals to be held in China from December 14 is a blow for India. Sindhu has been the winner of 2018 BWF World Tour Finals. However, no one has control over the injury, so Sindhu cannot participate in it even if she wants to. 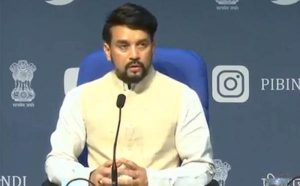