CM Dhami interacted with students, gave tips regarding board exams 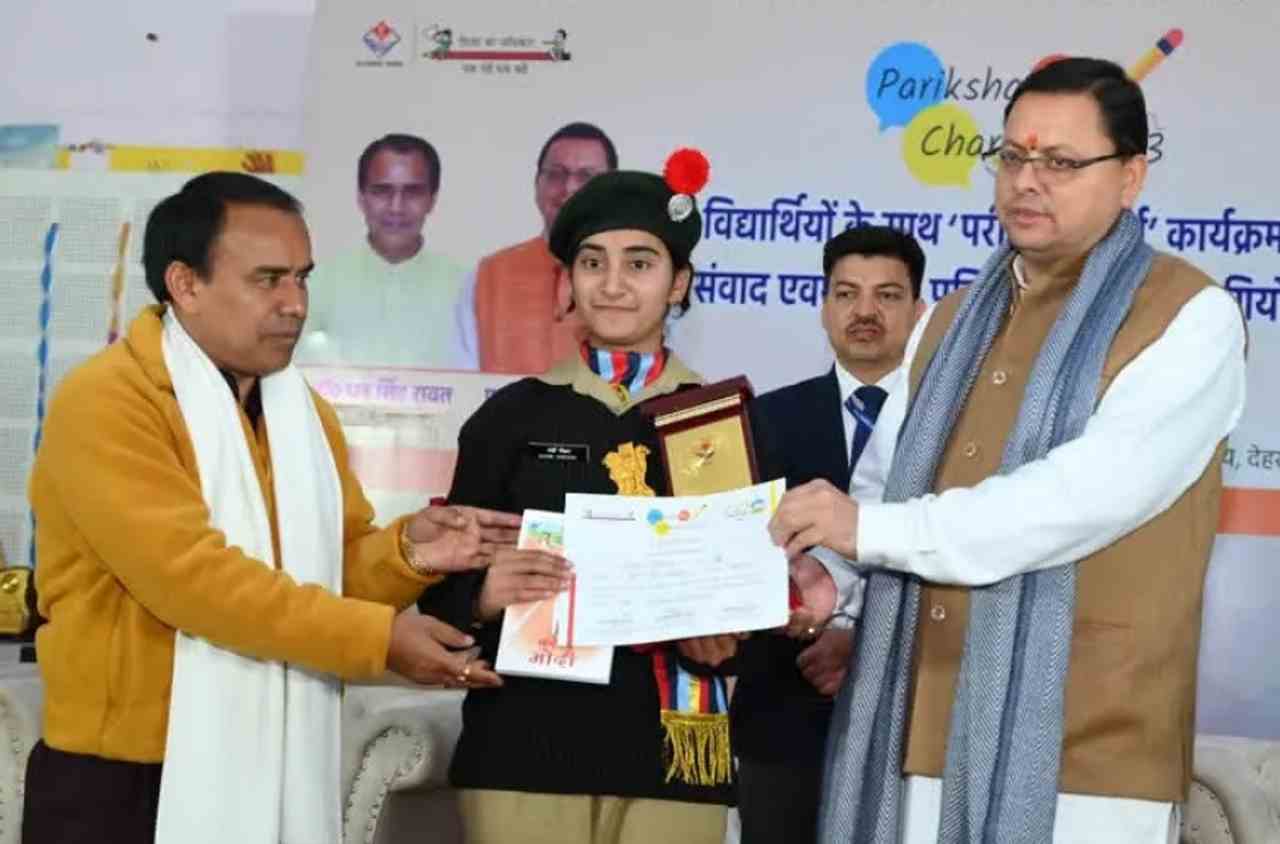 On Thursday, Chief Minister Pushkar Singh Dhami interacted with the students in the Pariksha Pe Charcha program at Rajiv Gandhi Navodaya Vidyalaya, Nanurkheda. During this, he said that restraint, rules and a disciplined life are necessary for success. He described the students as the future makers of Uttarakhand and the country and solved their doubts by giving them enlightening advice for the preparation of the exams. On this occasion, the Chief Minister also gave away prizes to the participating students of the painting competition.

The Chief Minister said that by participating in this event with the students, they are feeling more energetic. Children’s exams are about to come. It is also a pleasant experience to communicate with him on this subject. This has given him an opportunity to reminisce about his school days as well. In his childhood, one of his teachers had told him about the five main qualities of a student through a verse that he should have the five qualities of trying to learn like a crow, ability to meditate like a heron, sleep like a dog and a low-eater and a home-goer.

The Chief Minister said that it is natural to have some stress in the examinations, but when this stress increases too much, it not only adversely affects the result of the examination, but also has a serious impact on mental and physical health. The Chief Minister said that some time ago he read the book ‘Agni ki Udaan’ based on the biography of former President Bharat Ratna late APJ Abdul Kalam. He was very impressed by this book. Because this book tells us that success depends on hard work as well as positive thinking of the person.

He called upon the students to contribute 100 percent in the field in which you go and become the leader of that field. As you enter the field of sports, become a leader of sports like Sachin Tendulkar. If you become a singer then become a great singer like Lata Mangeshkar and Mohammed Rafi and if you enter politics then become the most popular leader of the world like Narendra Modi.

The Chief Minister told the students that all of you have made many paintings through this program. In which many other socially useful topics including environmental protection have been included. For this, he also appreciated everyone’s efforts. The Chief Minister called upon the students to bring laurels to their family, state and country in whatever field they go with the help of strict discipline, proper time management and blessings of their parents and teachers. To inspire the students, the Chief Minister said that ‘the destination is the story of life, you have to go there by becoming a rahi’. Success-failure is part of life. How is it to be afraid of them, get up, wake up and struggle, this is what life says.’ Poem was also recited.

During the dialogue, in response to the questions related to the preparation of examinations by students Shailja Kukreti, Khushi, Pooja, Nisha Gupta Rani, students Ramkaran, Yuvraj etc. and the Chief Minister’s preparation for examinations in their childhood, the Chief Minister said that everyone experiences some tension at the time of examination. Is. But there is a big difference between earlier and now times. Today the whole world is confined to your mobile. He told the students to keep their thinking positive, you will become what you want to be. Today we have a personality like Prime Minister Modi with us as our guardian who is guiding the students by discussing with them at the time of examination.