In the last one year, many incidents of death due to heart disease have been reported. Videos have surfaced of people suddenly having heart attacks while sitting, dancing, exercising. It is seen in the video that people suddenly fall due to heart attack and die. Some people have already been reported to have heart related diseases, although there is no evidence of any of these cases being related to Kovid, but some people are seeing heart attacks as an effect of the corona epidemic. They consider the vaccine responsible for this, but neither anyone has died nor had any side effects due to the vaccine.

These things were said by Kaushik Desai, Secretary General of International Pharmaceutical Excipients Council of India (IPEC) while talking to Lokmat news. He told that death used to happen earlier also, but it is being spread just by making a rumour, while till date no evidence of death due to vaccine has been found.

Research and Development Center to open soon in Nagpur

The Secretary General of IPEC further said that Nagpur should soon establish a center for research and development in the pharma sector by bringing a special policy. Along with this, scientists who make important discoveries in the field of innovation in pharmacy should be continuously encouraged and rewarded. India is also moving fast in the field of pharmaceuticals, but now the time has come to set up a research and development center for pharmacy in Nagpur as well.

Dr. Kaushik Desai further said that in India we still have a high percentage of imports in the field of pharmacy. We are importing 70 to 75 percent, so we are still lagging behind in terms of exports. When there will be more exports than imports, then we will be able to make medicines available to the common people easily and at low prices, for this continuous work is being done in the government as well as in the pharmacy industry.

Promotion of research in the world, why not in India?

Uttar Pradesh : Even the doctor was surprised to see the mysterious disease! 8 members of the same family admitted to the hospital and one lost his life 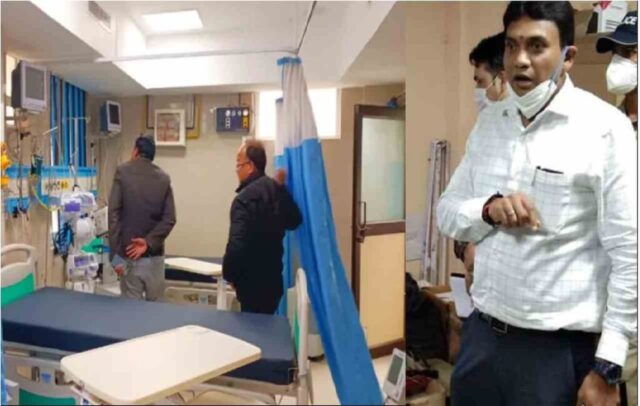