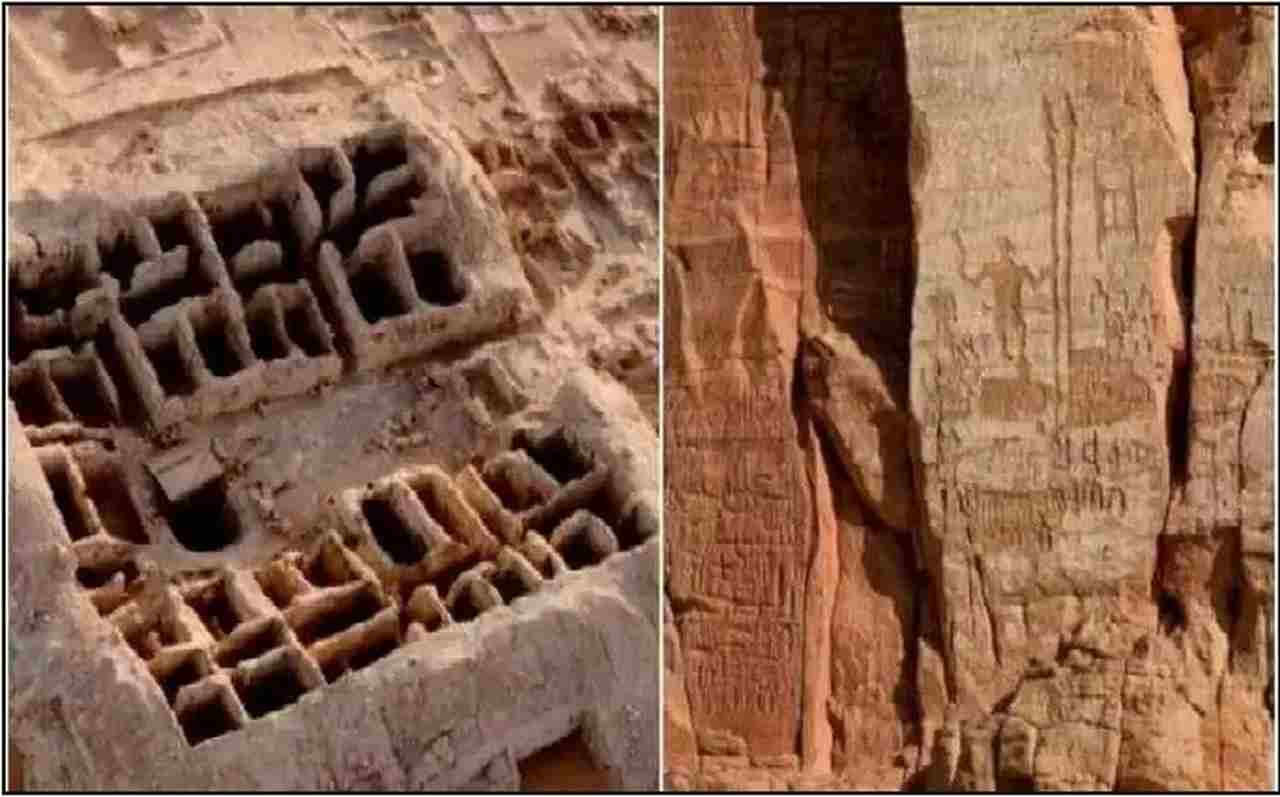 8000 year old city has been discovered in Saudi Arabia. A temple has also been found here during the excavation by the archaeologists. Many remains associated with the temple show that people lived here at that time, who used to perform religious rituals. This temple named Rock Cut is situated on the side of Tuvak mountain. Apart from this, 2,807 graves have also been found here. Let us tell you that the place from where these remains were found is located in the south of Riyadh.

Religious inscriptions have been found

Some religious inscriptions have also been found in this ancient temple and settlement found in Saudi Arabia. The discovery was made at Al-Fao, the capital of the Kingdom of Kinda.
Many things came to light during the survey

A multinational team from the Saudi Arabian Heritage Commission went to survey Al-Fa’o. Along with deep digging, the survey work was going on for a long time.

There have been human settlements there since the Neolithic period

Apart from this, the remains of 8,000 years old stone age human settlements have also been found here. There are also 2,807 tombs of different eras to be seen here.

Even then rain water was used

The study also revealed Al-Fao’s complex irrigation system. Meanwhile, hundreds of pits were dug by the local people to channel the rain water to the fields along with canals, water tanks. This discovery shows that even at that time people knew how to use rain water in such a desert place.

The area was under archaeological study for more than 40 years

The Al-Faw archaeological site has been under archaeological study for the past 40 years. The special thing is that there was a tradition of worshiping idols and temples here.

A deep hole in the Sun! Increased risk of solar storm on Earth