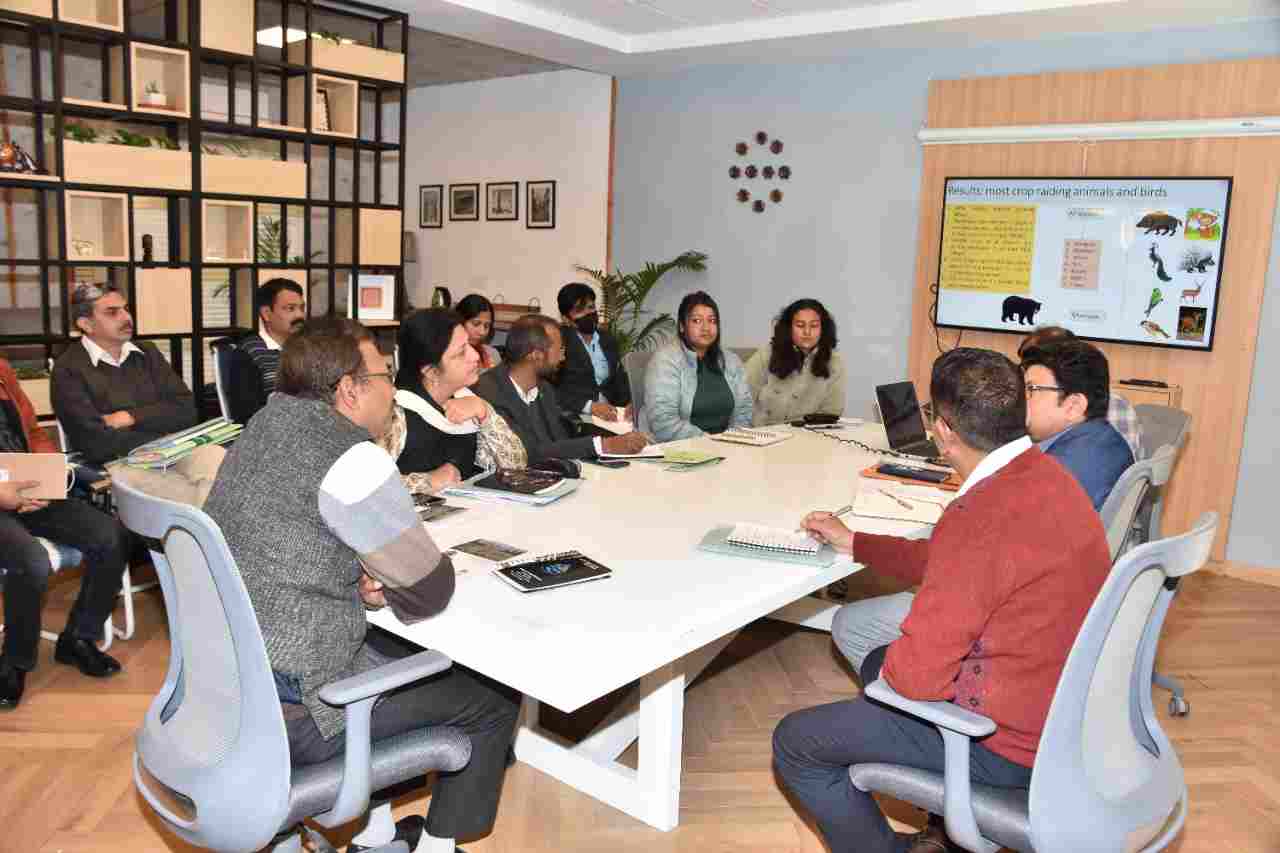 In the meeting, low population density due to migration from villages, lack of quick supply service of LPG cylinders, non-functioning of street lights, long-term grazing by domestic animals, empty and barren villages are behind the increasing incidents of human-wildlife conflict. Solutions were also discussed for the reasons like growing of lantana, scorpion grass, black grass, carrot grass on the land and providing hiding place to wild animals.

Scientists of Wildlife Institute of India and watershed officials informed that a project to control human-wildlife conflict will be implemented in Almora, Dehradun, Haridwar, Nainital and Pauri Garhwal. Presently this project is being implemented in some areas of Pauri Garhwal district including Corbett and Rajaji Tiger Reserve. Under this project, villages with maximum human-wildlife conflicts have been identified in which more than 17 incidents of human-wildlife conflict have taken place. These 15 villages include Gangabhogpur village located in Gohri Forest Range, Kimsar, Deorana, Dharkot, Amola, Tachia, Ramjiwala, Kestha, Guma, Kandi, Dugadda located in Lal Dhang Forest Range, Kimusera, Sailani, Pulinda, Duratal and Lansdowne border. I have Kaleth village.

Scientists of Wildlife Institute of India, Dehradun informed that wild boar and bear are mainly responsible for damaging the crops. The villages affected by human-wildlife conflict which were surveyed have stopped wheat production. The villagers have started the production of Mandua, Turmeric and Chilli so that it can be estimated whether the production of these crops will make any difference. In 50 percent of the villages, 60-80 percent of the crops are being destroyed by wild animals in all seasons. 100% of the villagers agreed that if the crops were not destroyed by wild animals, then agricultural work would be beneficial for them. 50 percent of the total agricultural area of ​​the affected villages is lying vacant.

15 year old Muslim girl can marry of her choice, know what the Jharkhand High Court said

Uttarakhand : Congress’s non-military love during the session is just a show off and unnecessary: Mahendra Bhatt