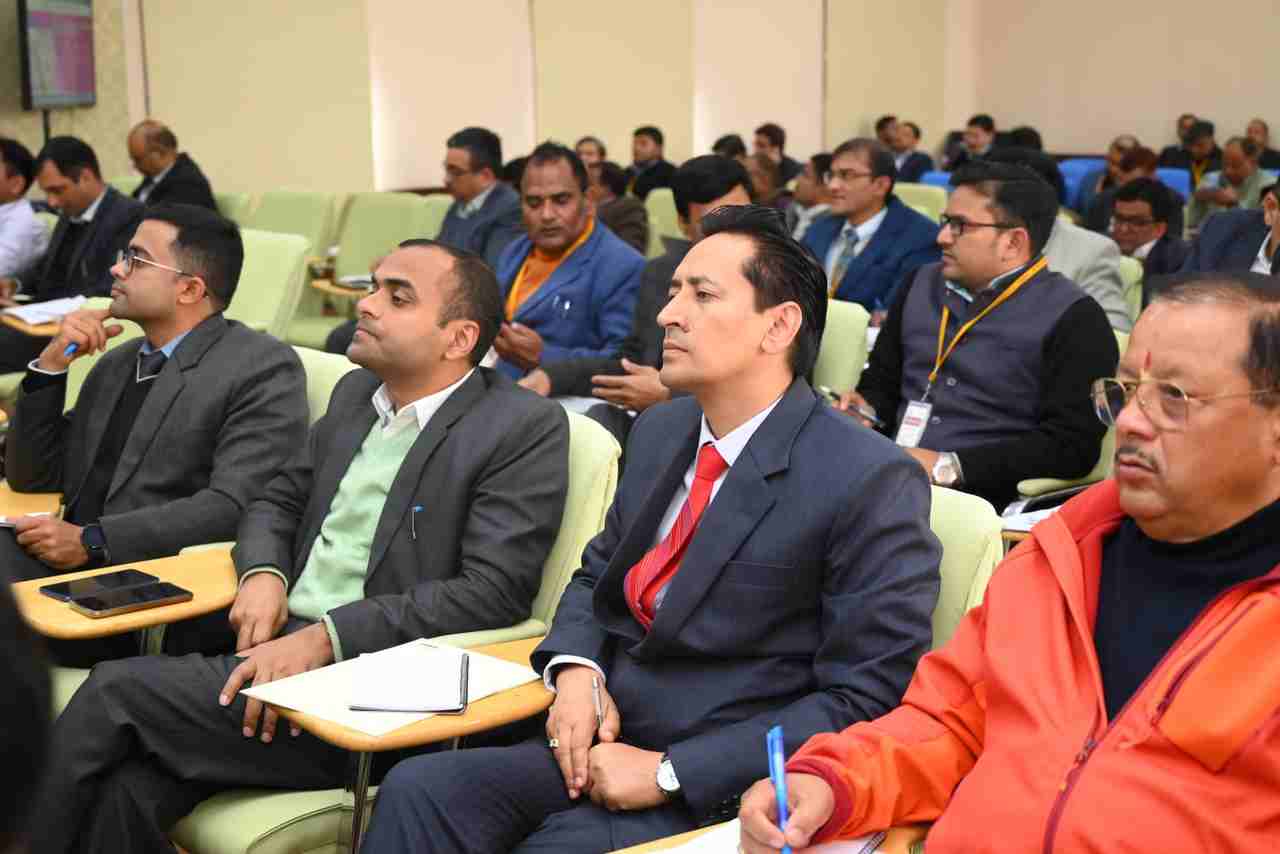 On the second day of the Chintan Shivir at the Lal Bahadur Shastri National Academy of Administration, Mussoorie, a discussion took place on the topics of agriculture-horticulture, tourism, forests etc. During this, Chief Secretary SS Sandhu told all the officers in the opening address of the session that each one of them will have to send the report within a week for this three-day brainstorming camp. He said that brain storming session held in Chintan Shivir is the real Chintan Shivir. He said that whatever new and innovative ideas are emerging in this camp, we will have to give a comprehensive thought to them.

After this, a presentation on animal husbandry, dairy development and fisheries, apart from agriculture and horticulture under economy and employment was presented by Secretary Agriculture BVRC Purushottam. During this, it was told by him that today we need to bring reforms in the field of agriculture and horticulture. There is a need to improve the quality of seeds in hilly districts. Emphasis was also laid on improving the health of soil in hilly areas. Emphasizing on taking the organic sector further, he said that at least 50 thousand farmers can be benefited from this. He said that we have to pay attention to resources, technology and innovation in hilly areas. Along with this, it was also told that at present many departments are working in this area, for this we have to try to bring everyone together. Instead of the GO being done by different departments, we have to bring a comprehensive GO. Apart from this, along with emphasis on cluster farming, land reform was emphasized again. This will help in contract farming. It was also informed that in the next five years, there is a target to set up 5 Centers for Excellence in the field of 5 fruits. During this, cluster-based agriculture efforts were specially appreciated by District Magistrate Dhiraj Gabryal in Nainital district, apart from the state-of-the-art homestay in Rudraprayag.

It was emphasized in the presentation that to improve the livestock, we should take them from outside and Badri cow should also be promoted. By doing this, employment will also get a boost. Apart from this, emphasis was laid on developing Goat Valley in 13 districts. On this occasion, a presentation on Success Stories (PM Gatishakti) was given by Bisan ji.