In the presence of Chief Minister Pushkar Singh Dhami, State President Mahendra Bhatt and former Chief Minister MP Haridwar Dr. Ramesh Pokhriyal Nishank at the BJP headquarters, hundreds of Congress office bearers and senior Congressmen of Haridwar took membership of the BJP. On this occasion, CM Dhami welcomed all the people joining the party and urged them to cooperate in making the best Uttarakhand with divine-grand Haridwar. Addressing this program held at the state office located on Balbir Road, Chief Minister Dhami said, joining the party will strengthen the organization of the party and will help in taking the works of the government to the masses. Earlier, giving information about the strict conversion law and women’s reservation act passed in the Vidhansabha, he said that the efforts of all of us should be for a developed, prosperous and safe Uttarakhand. Former CM Dr. Ramesh Pokhriyal Nishank, present on the occasion, said that the people joining the party today are warriors of their respective fields and their arrival will strengthen the organization at the grassroots level. He said, from today you all have become members of the world’s biggest party and political family where every individual’s point of view is given importance.

State President Mahendra Bhatt while congratulating the people involved in the party assured that your feelings and thoughts will be fully respected. He said that influenced by the charismatic leadership of world’s most popular leader PM Narendra Modi, the number of people joining BJP is increasing continuously. Prime Minister Modi in the country and Chief Minister Dhami in the state as guardians are engaged in taking the works of public welfare to the Antoday society. He said that the leadership of the party is pure like Gangotri, only then the endless process of people coming from different ideologies continues. He informed that Madan Kaushik, former state president and special invitee member of the National Working Committee and MLA Adesh Chauhan have also congratulated all the participants.

BJP MLAs will also have a meditation camp, the date will be announced soon – Mahendra Bhatt 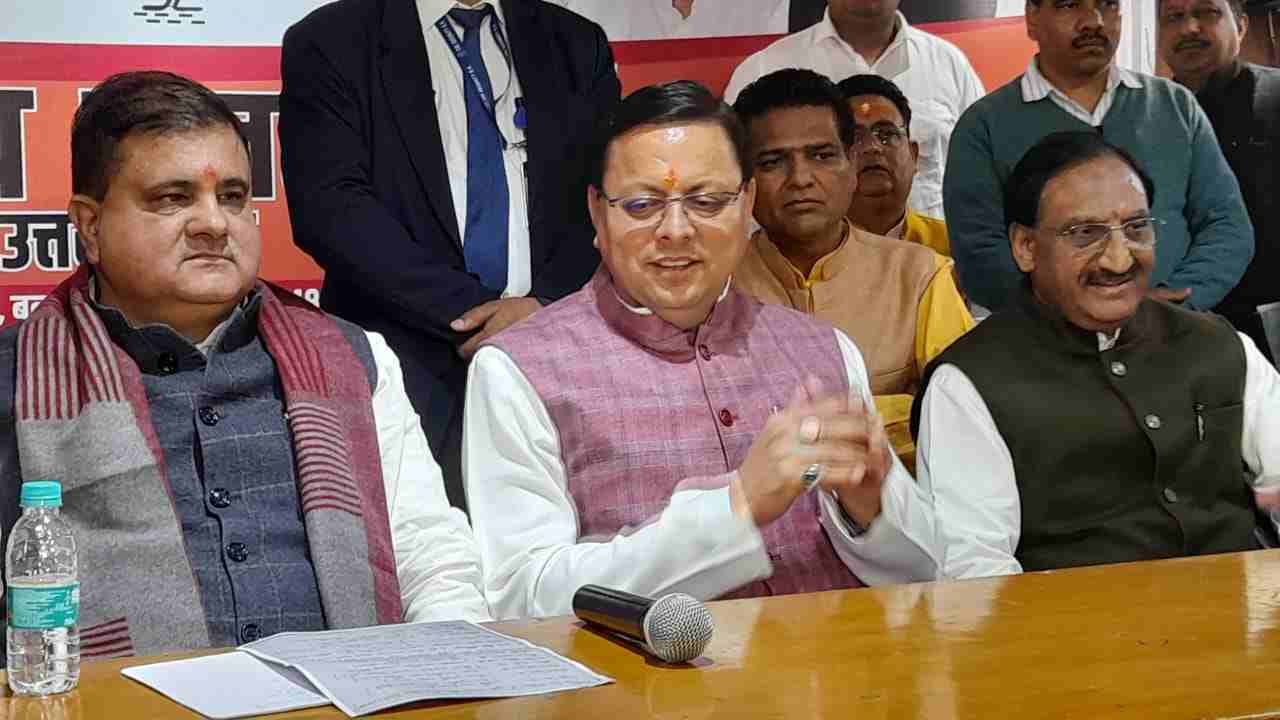 On the lines of the Uttarakhand government, the BJP will also organize a contemplation camp for all its MLAs. Soon the party will announce its date. BJP state president Mahendra Bhatt made this announcement. He said that BJP is different from other parties because what is said at the level of the organization and its governments, it brings it to the ground. Bhatt was talking to reporters at the state party office. He said that after the formation of the government, the party started working on its election manifesto. One by one all the promises are being fulfilled. The government is moving in the direction of Uniform Civil Code (UCC). Suggestions of people from all walks of life are to be taken, hence its tenure was extended. Uttarakhand will become the first state in the country to have a Uniform Civil Code. Other states are also following Uttarakhand. A day will come when the Congress will also support the UCC, like the Congress supported the Women’s Horizontal Reservation Bill. By passing the Conversion Bill, the state government is going to enact a very strict law against those who forcibly convert. In this, the provision of maximum punishment has been made in the country.

Our policy and intention regarding this law was clear. That’s why the Congress, which was protesting on the road, also had to support this bill in the House. He said that the party is going to start a special dialogue program from tomorrow for the purpose of creating public awareness about this law which prohibits conversion by force and allurement and the Women’s Horizontal Reservation Act. So far, among the nine states where laws have been made to ban illegal conversions, Uttarakhand has the provision of maximum punishment.

BJP will make Divyang cell
BJP State President Mahendra Bhatt announced the formation of a Divyang cell in the party on International Day of Disabilities. He said that a cell is being formed to increase the representation and activism of the disabled.