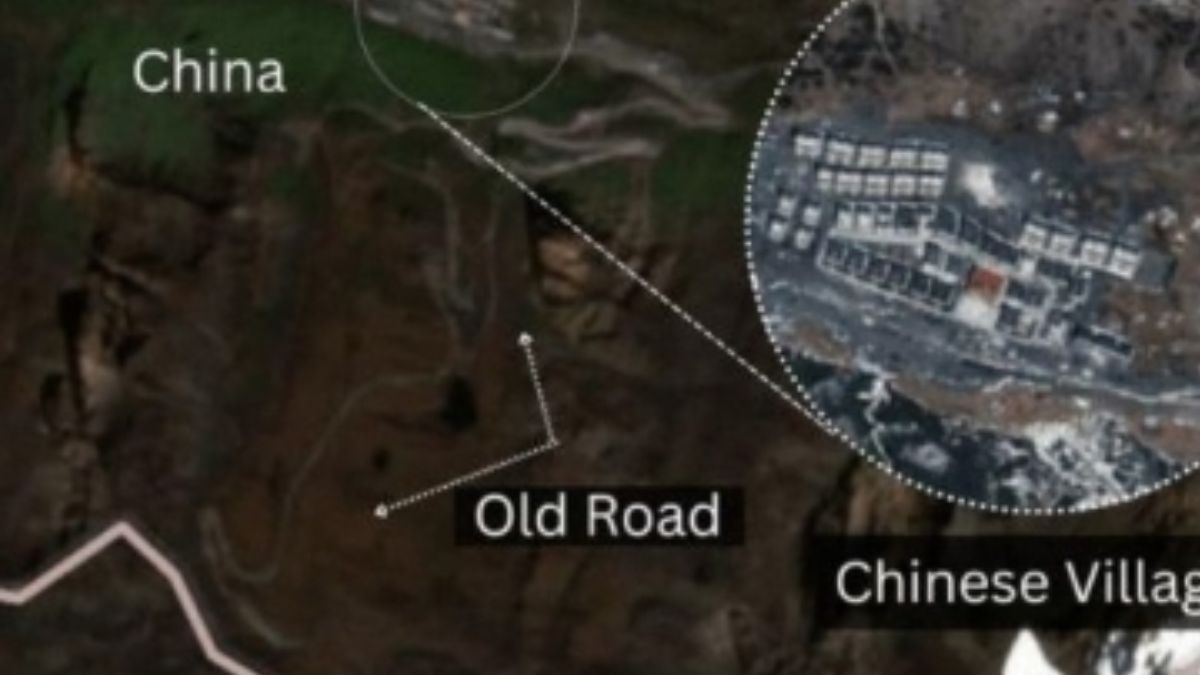 After the violent face-off between India and China on December 9 in the Tawang area bordering Arunachal Pradesh, the army has become even more alert. During this, many satellite pictures surfaced from the border of Arunachal have exposed the Chinese conspiracy. It is clearly seen in the pictures that China has been conspiring to slowly capture India’s land. You too will be shocked to know about such a Chinese trick.

A day after the latest skirmish between Indian and Chinese soldiers became public, satellite images have shown that China has established several villages along the India-China border adjacent to Tawang in Arunachal Pradesh. For this, the People’s Liberation Army (PLA) of China has also constructed roads. Indian Army sources said that on December 9, as part of a well-planned conspiracy, about 300 Chinese soldiers had reached the LAC to unilaterally control the mountain peak of the Yangtse region, located at an altitude of 17,000 feet, but Indian troops foiled their plans. Didn’t let it succeed. The Chinese soldiers were forced to flee from the spot.

China has established dozens of villages on the border of Arunachal to occupy Indian territory. Services like roads, water, electricity to Wi-Fi, broadband, schools, hospitals have also been started in the villages. So that the Chinese people keep occupying the Indian border gradually. Chinese soldiers want a permanent presence in the areas claimed by India on the pretext of taking care of villages. So that he can also occupy the areas claimed by India. China has been setting up villages on the border for many years. All the facilities needed by the villages have also been developed there. Many such Chinese villages and roads have been seen near the Arunachal border in satellite images, which have been constructed by China.

Tension has increased on the border since the clashes with Indian soldiers on 9 and 11 December. Official statements from both India and China said that the situation is under control. China’s Foreign Ministry said the situation along its border with India remained ‘stable’. When India raised the issue of skirmish between Indian and Chinese troops along the Line of Actual Control (LAC) near Tawang, China said that the situation along the border is stable. Chinese Foreign Ministry spokesman Wang Wenbin said, “As far as we understand, the situation at the China-India border is overall stable. The border issue is under constant negotiation through diplomatic and military channels. Sources in the Indian military said Said that India has control of the peak, which provides a commanding view on both sides of the border.After tensions escalated between India and Chinese PLA forces in Arunachal Pradesh, Indian Air Force aircraft are now preventing Chinese forces from violating the LAC again. Patrolling the skies of Arunachal to stop.

More than 300 Chinese soldiers came in Tawang area. They had sharp sticks in their hands. It is clear that the PLA army had already come with bullying and planning to completely capture the Yangtze region, but the Indian Army failed their attempt. But China has not changed its mind yet. China is again planning to occupy the areas claimed by India. This time he may come with more preparation. But now along with the Indian Army, the Air Force has also started patrolling. During this, the outbreak of winter is increasing very fast. Then Chinese soldiers may try to infiltrate again, because then it will not be possible for India to patrol by air due to fog and bad weather. During this time the visibility also reduces considerably. The CDS in India has held a meeting with the National Security Advisor on this whole matter. The moment-to-moment situation of the India-China border is being closely monitored.

Law Minister rejected the warning of the Supreme Court, Kiren Rijiju said – no one can give warning to anyone, the people are the owners of the country

The Kartavya Path lit up with laser, light show, these people including President, PM participated